How Much is Enough 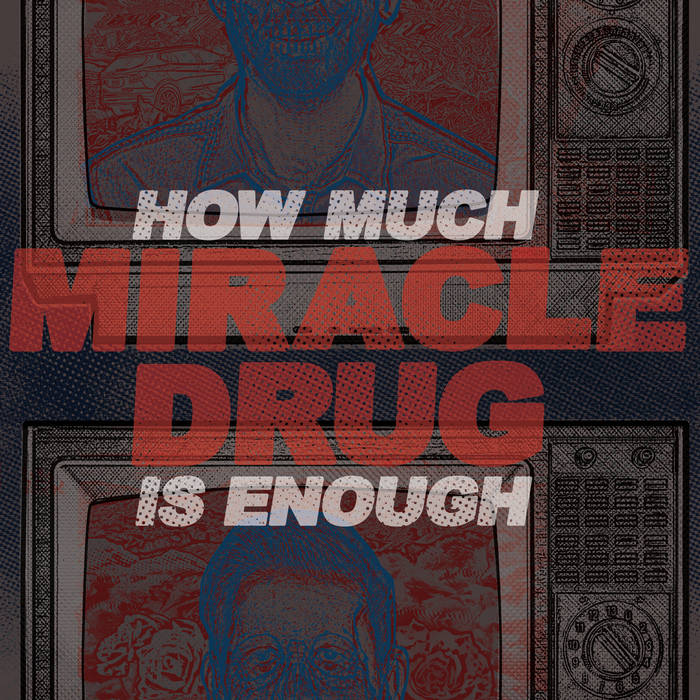 Michael Lemmons the whole damn record is gunfire. its got some of that classic L-ville sound and some freshness as well, I fucking love this record.

Millwall D. Was not too sold on the demo, but I may need to revisit that! Excellent hardcore record; straightforward at times with some experimentation at other times. Thumbs Up! Favorite track: Liars / Scapegoat.

Right here. Right now. MIRACLE DRUG prefers to live in the present, existing in the moment, channeling the experiences of the past through the energy and excitement of the future. It should come as no surprise that there is a subtle familiarity in the band’s sound, as the lineup is comprised of current and former members of notable hardcore acts Mouthpiece, Supertouch, By The Grace Of God, and C.R. After a well-received release of the band’s 2015 demo on New York record label Trip Machine Laboratories, MIRACLE DRUG returned to the studio in the Fall of 2016 to capture its follow-up for WAR Records. Recorded by Will Allard (Xerxes, Whips/Chains) at his studio Dot Complex in Louisville, How Much is Enough is a six song blast of raw, aggressive, yet melodic-tinged hardcore that should satisfy both fans of the early Revelation Records catalog and late ‘80s D.C. hardcore.
With a sound that spans different generations of hardcore, MIRACLE DRUG puts their own spin on a sound crafted in the ‘80s by bands like Swiz and Dag Nasty, mixing it with a more chaotic and noisy brand of hardcore played by such ‘90s hardcore bands as Sparkmarker, 108, Refused, and Threadbare. How Much is Enough is MIRACLE DRUG at their best, focused, energetic, and most of all a breath of fresh air in a sometimes-stagnant scene.

Miracle Drug is a hardcore band from Louisville, KY

Track Name: War Within
War Within
Welcome Back! What a fucking surprise, my eyes aren’t even open. I can feel you brought your friends: anxiety, depression. To kill my focus, my energy, my drive. If my thoughts were weapons, my brain would not survive. It's too much. Too much pressure. All this pressure. I won't give in.
Track Name: Jury's Out
Jury’s Out
I will choose my own peers, my own path. It’s not your honor, it’s mine. Put down that gavel, take off your robe. I’m not on trial for your approval. We’ll never be on the same page, when you refuse to read our books. We’ve never shared that much of anything, except space. And I’m positive, to stay positive, we never will. You are not my judge. The jury’s out. I put an expiration on your expectations. No need to reconvene. I will choose my own peers, my own path.
Track Name: Liars / Scapegoat
Liars
Liars and Hypocrites. Aren’t We? Well, Aren’t you? Everyone is ... Everyone! All this truth is slightly twisted. We can all find facts to prove any opinion.

Scapegoat
Guilty, who did it? The index finger finds you like the needle on a compass. Guilty! We need someone to tag. In this blame game. This lame game. This shame game. We need someone to blame. Lynch mobs getting louder. Louder! We need someone to blame. Tag, you’re it.
Track Name: Grudge
Grudge
How long can this go on? How much is enough? How far did I take this? How big did I make this? Grudge! Eating away, eating away. I could never digest this. Never forgive, never forget, never forgot ... and now I regret. I'm sorry. The perpetrator never pays full price. The victim always gets short changed. I'm a self-made fucking martyr, I nailed myself to this cross ... and I'll probably do it again.
Track Name: Columbus
Columbus
I remember when you discovered it. Hopping empty trains through never-safe wastelands. You pioneered & persevered, broke it in like a wild horse. Midas thoughts, all your ideas turn gold. You brought rise to an empire, bought and sold ruins. We owe it all to you. I remember when the wheel wasn’t formed, you rolled and molded it round. I remember when you first heard it, before we all had ears, before it all made sound. You slaved to pave the road, the one we all walk down. We all bow down.

Bandcamp Daily  your guide to the world of Bandcamp

Tasty gems from around the world, plus interviews with Kaitlyn Aurelia Smith and Nick Hakim.